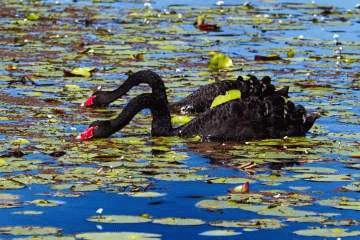 cwRsync is a packaging of Rsync for Windows. You can use cwRsync for fast remote file backup and synchronization.

Rsync uses the Rsync algorithm which provides a very fast method for bringing remote files into sync. It does this by sending just the differences in the files across the link, without requiring that both sets of files are present at one of the ends of the link beforehand. At first glance this may seem impossible because the calculation of diffs between two files normally requires local access to both files.

Rsync normally uses ssh for communication. It requires no special privileges for installation. You must, however, have a working ssh system. Alternatively, rsync can run in `daemon' mode, listening on a socket. This is generally used for public file distribution, although authentication and access control are available.

Cygwin is a Linux-like environment for Windows. It consists of a DLL (cygwin1.dll), which emulates substantial Linux API functionality, and a collection of tools.

cwRsync contains a barebone distribution of Rsync client for Windows. That's all you need to be able to initiate rsync from your computer. The rsync binary provided has following convenient patches: transliterate(link is external), timelimit(link is external), ignore case(link is external), no strict check of password file permissions (unofficial). Unzip archive contents to a directory and update the supplied batch file cwrsync.cmd.

If you need to serve rsync requests from your computer, you need to set up an rsync daemon, which we provide as a paid solution. Click here for more information.

Itefix provides a virtual test lab in where you can try our products with full functionality. At the moment we have 7 hosts (Windows 7, Windows 2008 R2, Windows 2012 R2, Windows 10, Windows 2016, Windows 2019 and Lubuntu 16.04 for Unix scenarios). Our lab has no Internet access. All lab computers are refreshed every three hours.

Itefix software is available via a URL on the desktop. You have also access to some popular 3rd party software to test client scenarios. Download the software to lab computers which share the same network, so it is possible to experiment with multiple hosts. A network diagram showing the connectivity is available via the URL.

Our lab has also a Lubuntu 16.04 desktop to test Unix/X windows scenarios. In the case you need to login via ssh from an other test computer, you can use following credentials: user lab1user, pwd user1lab

The product contains 64-bit Rsync server installer. You may consider our kit cwRsync server + Copssh if you want to set up secure Rsync servers.

Quantity is the number of computers to install the product.

You're DONE! cwRsync server is installed on your machine.

You should update the configuration file according to your needs.

cwRsync client is too slow!

Try to remove /etc/fstab and use the option --no-perms  option instead. The problem can also be related to real-time anti-virus scanning. Consider file/folder exclusion if possible.

I can't use long path names

“In the Windows API (with some exceptions discussed in the following paragraphs), the maximum length for a path is MAX_PATH, which is defined as 260 characters. A local path is structured in the following order: drive letter, colon, backslash, name components separated by backslashes, and a terminating null character. For example, the maximum path on drive D is "D:\some 256-character path string<NUL>" where "<NUL>" represents the invisible terminating null character for the current system codepage. (The characters < > are used here for visual clarity and cannot be part of a valid path string.)

The Windows API has many functions that also have Unicode versions to permit an extended-length path for a maximum total path length of 32,767 characters. This type of path is composed of components separated by backslashes, each up to the value returned in the lpMaximumComponentLength parameter of the GetVolumeInformation function (this value is commonly 255 characters). To specify an extended-length path, use the "\\?\" prefix. For example, "\\?\D:\very long path".”

Even if the underlying APIs may have support for really long paths, the problem occurs due to user interface tools like Windows Explorer, Cmd prompt and PowerShell which don't support Unicode variants of the Windows APIs. The result is then path names up to 256 chars. As of version 1.7, Cygwin uses unicode Windows APIs, you can use tools like bash shell or nano editor for management of files/paths with long names.

How can I pull files from windows to linux/unix within a secure network ?

Assuming that you want to pull directory c:\backup on Windows machine to /var/backup on Linux machine:

As of version 2.6.7, rsync server can kick scripts before and after transfers. You can use the recipe below to implement this very handy functionality in cwrsync server:

Why is it called cwRsync?

Use of vocals would be inappropriate (!) as the word rsync has no vocals in it, and this package is also dependent on cygwin:

How can I secure connections between windows rsync clients and cwRsync servers ?

Assuming that you want to synchronize c:\documents and settings\user on WINCLIENT to c:\backup on WINSERVER :

On WINSERVER:
Install cwRsync Server and Copssh into the same directory.

cwRsync itself has no support for it. However, after an rsync operation, you can use Robocopy (standard in more recent Windows versions), to transfer all windows specific file information (NTFS security, timestamps, attributes, ownership, auditing info):

How can I use cwRsync between two windows machines within a secure network ?

How can I secure connections between linux/unix rsync clients and cwRsync servers ?

Assuming that you want to synchronize from directory /home/user on *nix machine to directory c:\backup on Windows machine :

NB! You must forward ssh port 22 to Windows machine at the edge of your secure network (your router/firewall). I recommend strongly to tighten security further by using options available in rsync and openssh (host limitations, secrets file ...).

How can I change port number used by rsync server ?

Rsync server uses port 873 by default. You can add port directive to the configuration file rsyncd.conf to specify an alternative port.

Don't forget to restart the service.

I want to set up ssh communication without passwords !!

Here is a simple recipe ( NB! This is not a very secure solution, since we use null passphrase during generation of public key pairs, use it at your own risk):

How can I secure connections between cwrsync clients and unix/linux servers ?

cwRsync has all ssh binaries you need to establish ssh communication.

Use batch file example in the cwRsync client package to set up communication correctly.

Why does my cwrsync try to load ssh?

It's trying to fire up ssh because your target has a single colon in it.

server:/path/to/stuff means "fire up ssh or rsh and make me a tunnel to
server"

Rsync does not recognize windows paths in a correct manner !

Windows paths may contain a colon (:) as a part of drive designation and backslashes (example c:\, g:\). However, in rsync syntax, a colon in a path means searching for a remote host.

Solution: use absolute path 'a la unix', replace backslashes (\) with slashes (/) and put -/cygdrive/- in front of the drive letter.

If you're setting up cwrsync to run as a Service on a Windows machine ensure the .conf file has the line:

otherwise rsync passwords will not work in Windows.

Can cwRsync co-exist if cygwin is already installed ?

Permissions on files/directories are cluttered/mixed up !

If you run into permissions problems or your directories' security ACLs are populated by some unwanted groups/users, you need to make sure that:

That will instruct Cygwin not to touch permissions.

NB! You may experience very slow transfer rates and/or building the file list may take long time. You can remove /etc/fstab and use the option --no-perms  option instead. The problem can also be related to real-time anti-virus scanning. Consider file/folder exclusion if possible.

How can I use rsync to pull files from windows to linux/unix within a secure network ?

- Use the command below to initiate rsync:

This package contains components with following terms of licensing: